ZAPOREJIHE, Ukraine (Reuters) – A Red Cross convoy will try again to evacuate civilians from the besieged port of Mariupol on Saturday, as Russian forces look to regroup for fresh offensives in southeast Ukraine.

Besieged from the early days of the five-week-old Russian invasion, Mariupol was Moscow’s main target in the Donbass region of southeastern Ukraine. Tens of thousands are trapped there with scarce access to food and water.

The International Committee of the Red Cross sent a team on Friday to drive a convoy of about 54 Ukrainian buses and other special vehicles out of the city, but they returned, saying conditions made it impossible to move forward. Read more

“They will try again on Saturday to facilitate the safe passage of civilians,” the International Committee of the Red Cross said in a statement on Friday. A previous Red Cross evacuation attempt in early March failed.

An adviser to Ukrainian President Volodymyr Zelensky said he was optimistic about the evacuations in Mariupol.

“I think that today or maybe tomorrow we will hear good news about the evacuation of the residents of Mariupol,” Oleksiy Aristovich told Ukrainian television.

Russia and Ukraine agreed on humanitarian corridors during the war to facilitate the evacuation of civilians from cities, but often traded blame when the corridors did not work.

Ukraine’s Deputy Prime Minister Irina Vereshuk said seven such corridors were planned on Saturday, including one for evacuees by private transport from Mariupol and buses for Mariupol residents outside the city of Berdyansk.

Having failed to capture a major Ukrainian city since the invasion began on February 24, Russia says it has shifted its focus to the southeast, where it has supported separatists since 2014.

In an early morning video address, Zelensky said that Russian forces had moved towards Donbass and the northeastern city of Kharkiv, which was heavily bombed.

“I hope that there are still solutions to the situation in Mariupol,” Zelensky said.

In Chuhiv, a city in Kharkiv province, two young women sat on adjacent hospital beds, their limbs covered and fastened with metal brackets, surviving an attack on a bus they said was carrying about 20 civilians.

Speaking to Reuters TV on Friday, Alina Chigurets remembered her screaming and pointed to her injured legs and hips.

“The windows started shaking. Then I saw something like holes. Then bullets started flying over them. Powder and smoke… I was screaming and my mouth was full of it,” Chigurets said.

The other woman, who identified herself only as Yulia, said that eight people died in the attack.

The war claimed thousands of lives, displaced a quarter of Ukraine’s population, and destroyed cities like Mariupol.

Ukraine has called it an unjustified war of aggression and Western countries have imposed sweeping sanctions in an attempt to pressure the Russian economy.

British military intelligence said today, Saturday, that Ukrainian forces continued to advance against the retreating Russian forces near Kyiv, and that Russian forces had abandoned Hostomil Airport in one of the northwestern suburbs of the capital, where fighting has been taking place since the first day.

Russia has described the withdrawal of troops near Kyiv as a goodwill gesture in the peace negotiations. Ukraine and its allies say Russian forces have been forced to regroup after incurring heavy losses.

In the early hours of Saturday morning, Russian missiles hit two cities – Poltava and Kremenchug in central Ukraine, Dmitry Lunin, head of the Poltava region, wrote in an online post.

He said infrastructure and apartment buildings had been bombed in the area east of Kyiv, but he did not have an estimate of the number of casualties. Reuters was unable to verify the authenticity of the news.

Before dawn on Saturday, as sirens sounded across Ukraine, the Ukrainian military reported Russian air strikes on the Luhansk cities of Severodonetsk and Rubezny.

In that eastern region and in neighboring Donetsk, pro-Russian separatists declared separatist republics recognized by Moscow just before their invasion.

The Ukrainian military also said the defenders repelled multiple attacks in Luhansk and Donetsk on Friday and that Russian units in Luhansk lost 800 soldiers in the past week alone. Reuters was unable to verify the allegations. 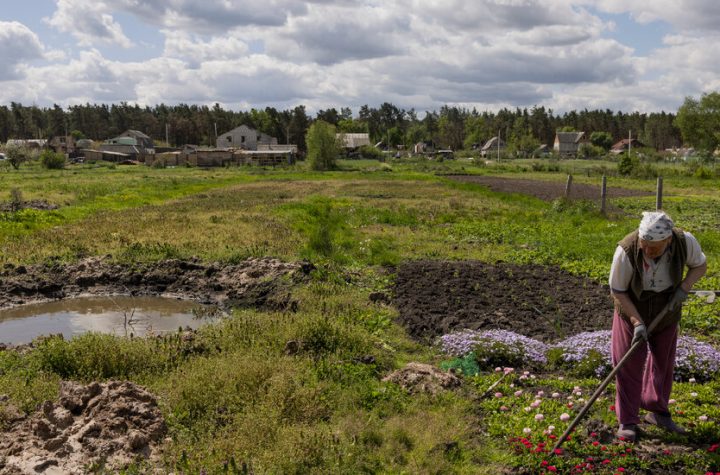